Getting business ‘inside the box’ a SPIRIT winner

Innovation often is described as “thinking outside the box.” At Norfolk Southern, Chris Luebbers and Jeff Monday scored big by thinking inside the box – an intermodal box.

In late 2012, Luebbers, group manager intermodal marketing, and Monday, division manager intermodal, teamed up to secure business transporting soybeans from Ohio to Asian markets for use in premium soy products, such as tofu and soy milk.

While NS moves a lot of grains, this project was decidedly nonconventional. These export beans moved in intermodal containers – not in hopper cars as is traditional – and the deal involved partnering with a short line railroad, an unusual move for NS’ intermodal group.

For NS, the project resulted in 3,300 units of additional intermodal business in 2013, and prospects for growth appear promising.
For Luebbers and Monday, the enterprising effort has brought them company honors: They recently won the 2013 Chairman’s SPIRIT Award for Excellence.

NS senior executives, led by CEO Wick Moorman, chose Luebbers and Monday for the honor from more than 200 employees who earned SPIRIT awards in 2013.

“We captured business that we had not handled in the past, and that clearly contributed to our bottom line,” Butler said. “They were innovative in their approach, because hauling grain in intermodal containers is not something NS typically does. They also reached out and worked with a lot of other stakeholders in the process, including operations and our short line marketing group, to ensure the project was a success. What they achieved is a very clear example of the discretionary effort that we value at our company.”

Challenges to sealing the deal

NS had an opportunity to go after this business following the March 2012 opening of the Central Ohio Logistics Center, a rail-connected grain transload facility in Jeffersonville, Ohio, operated by Bluegrass Farms of Ohio, Inc. This facility enables Bluegrass Farms to load containerized soybeans directly on to trains instead of transporting them by truck to an intermodal rail terminal. A short line railroad, the Indiana and Ohio Railway, has direct rail access to the transload facility.

Before opening the center, Bluegrass Farms shipped a large portion of their export beans on ocean carriers aligned with another rail carrier. Luebbers and Monday faced an array of challenges to win this business for NS. For one, they started from scratch. For another, the IORY short line was not accustomed to handling intermodal equipment, and there were no established protocols for interchanging containers with NS. For yet another, NS and Bluegrass Farms had no commercial agreements in place for such moves.

NS’ agricultural marketing group handles most of the railroad’s soybean business. Most export beans move in hopper cars and are loaded into the hold of bulk ocean carriers. Bluegrass Farms, however, deals in a niche market that requires special handling practices, Luebbers said. Luebbers took the lead in negotiating commercial terms, operating agreements, and service parameters with IORY and Bluegrass Farms.

“Bluegrass Farms deals in high-quality, non-genetically modified soybeans that are going primarily to Japan and Korea for use in premium food products,” Luebbers said. “They are very particular about their shipments. They do a chain of custody to ensure purity through the supply chain. Shipping them in containers is more conducive to keeping the integrity of the shipment than shipping them in bulk.”

Keeping up with the moving parts 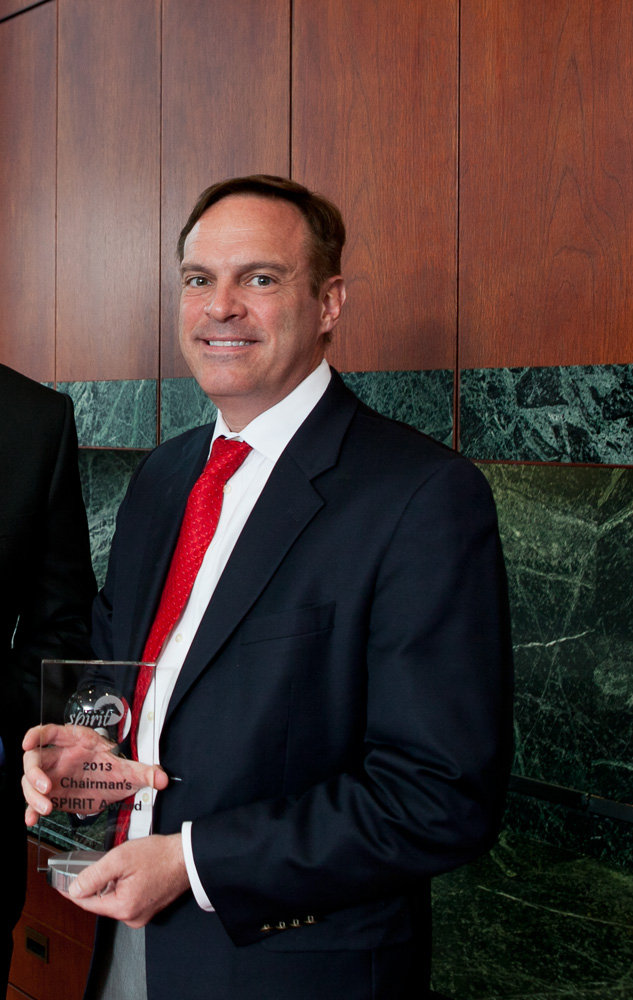 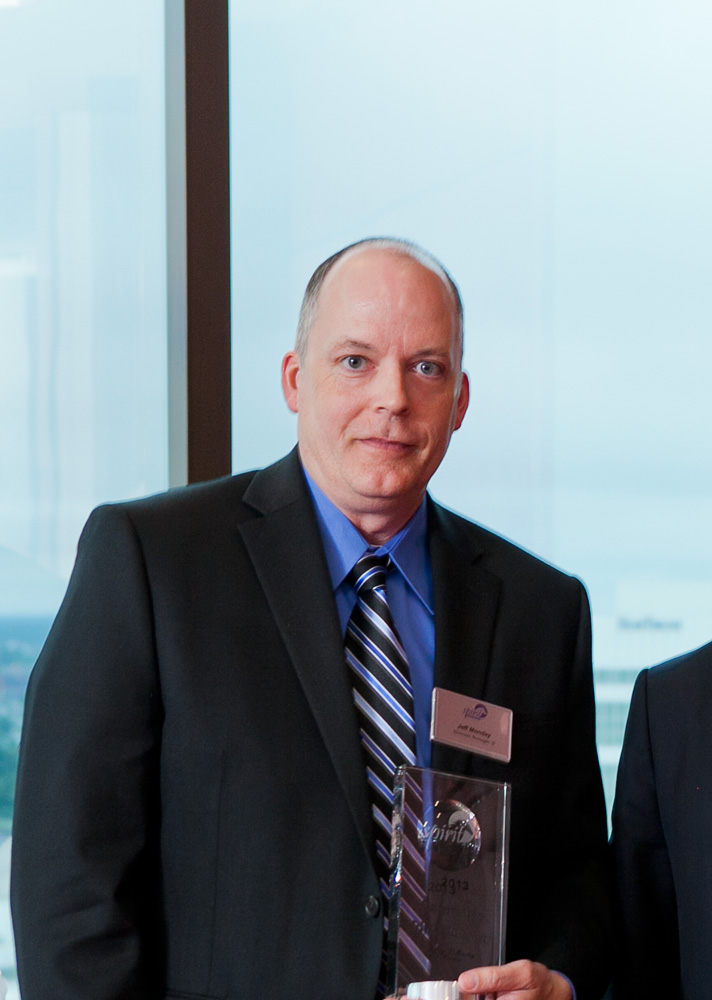 Monday joined NS in January 1995 as an extra board clerk with the Transportation Department, a job that involved operating the Cummings drawbridge at the east end of NS’ Calumet Yard. He moved into intermodal in 1999 after being named assistant terminal manager, working primarily at Chicago’s 47th and 63rd street terminals. In 2007, he became operations manager at Chicago’s Landers Yard.

From 2008 until earlier this year, he served as division manager of NS’ intermodal facilities in Columbus, Ohio, including the Rickenbacker terminal. In February, he returned to Chicago to manage the 63rd Street terminal. In his current job, Monday’s responsibilities include ensuring fluid terminal operations, protecting service commitments for intermodal customers, and coordinating with NS transportation to keep trains running on schedule.

“There were a lot of moving parts and a lot of people involved to make sure those containers moved in a timely fashion,” Monday said.

Under the initial plan, the IORY short line picked up the soybean containers at the Bluegrass Farms facility and handed them off to NS in Cincinnati. NS train and engine crews then moved the cargo to Rickenbacker Intermodal Terminal in Columbus. There, the containers were cut into outbound trains moving to Norfolk for East Coast export or, more often, to Chicago, where the containers were handed off to a western interline rail partner for transport to West Coast ports.

“Providing same day service was a significant accomplishment, and I had great help from transportation,” Monday said. “We worked together to come up with a plan to keep the freight moving.”

Working on a new deal

Costs associated with the rail route and interchange points between the Jeffersonville transload facility and Columbus led Bluegrass Farms to suspend shipments late last year, pending efforts to renegotiate terms. Since then, Luebbers has worked with intermodal operations, strategic planning, and transportation to identify a more direct and cost-effective rail route, opening the door to resuming the intermodal business.

“We had a proof of concept that intermodal container by rail worked for them, we just needed to make it more efficient to really start growing the business,” Luebbers said. “Being able to use rail is more environmentally friendly, and it gives Bluegrass Farms the ability to grow beyond what truck capacity allows them to do. They can do a whole lot more with rail.”